How to make a career out of DIY

A passion for do-it-yourself can turn into a lucrative job for life – as these handy people have discovered.
By Words: Monica Nye Training in one job doesn’t mean you have to stay with it for life. If you’re a hands-on person looking for a change, then a career in DIY could be for you.

Here are four handy people who turned their backs on their original career and found success and happiness in new areas of work, doing what they love best.

After leaving school at 16, George Zagas found work in a TV repair shop and served an electronics apprenticeship. He loved the work and bought the company after a decade, then ran it for 12 years.

But the industry was changing, and not for the better. TVs had become inexpensive and extended warranties were more commonplace.

‘Instead of getting the old TV fixed by me like they used to in the past, people would just throw it out,’ says George.

As the work dried up, George also lost the passion for it. He’d grown tired of running a business, hiring staff and being a manager.

He loved being self-employed but wanted more independence.

George had often helped out his builder uncle on weekends and wanted to use the practical skills he’d learned in his next business venture.

In 2007, he bought a local branch of the Hire a Hubby franchise near his home in southern Sydney. Since then, the franchise has gone from strength to strength.

‘I still enjoy being my own boss, but now I don’t have the headache of employing staff and everything else that goes with it,’ he says.

‘I’ve done the usual bits around the house, as well as larger jobs like a bathroom renovation.

‘Depending on the job, I might bring other people in to help, so it’s also project management.’

‘The little jobs bring in bigger jobs because once they’ve used you and trust you, they’ll ask you back,’ George says.

He loves his job and has just one regret, ‘I should’ve done it years ago!’ George’s work is varied and ranges from simple jobs to big construction projects.

Three years ago, Leo decided his 40 years in the renovation industry was worth sharing, so he opened the DIY School Australia where he teaches short workshop courses.

‘These courses have been designed for homebuyers who wish to save heaps of money and have the satisfaction of renovating their new home,’ says Leo.

Quick-fix tips for every room of the house are covered on the courses, such as repairing plaster walls or fixing leaky taps, as well as outside DIY jobs such as building a timber fence or replacing decking.

Leo is also happy to make house calls to his students. Even qualified tradesmen attend his courses in order to widen their skill set and become all-rounders, rather than just specialists in one field.

‘It doesn’t take long for people to figure out the huge costs involved in renovations and repairs.

‘Once you learn a few of the most common basics, you can start saving a lot of money very quickly,’ says Leo. 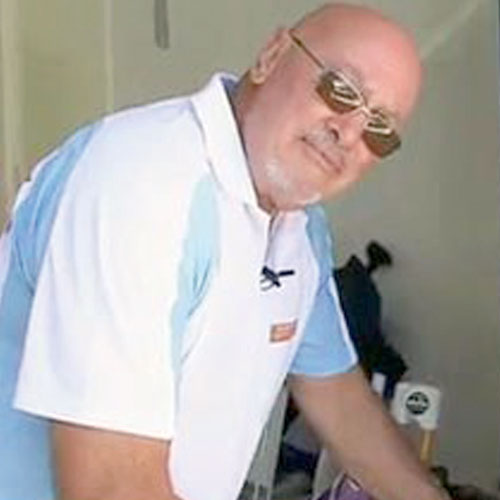 Leo Christopher decided his 40 years in the renovation industry was worth sharing, so he opened the DIY School Australia

Former financial controller Sarah Cottman couldn’t understand why her life was organised at work but ruled by chaos at home.

After learning that clutter can be linked to emotional attachment, she realised it was time for a life change.

‘I’d had an absolute gutful of rushing around. Being disorganised was just causing so much stress in our lives,’ admits Sarah.

‘What stops you from living an efficient and organised life is when you store more and more stuff.’

Sarah ditched the corporate life, decluttered her home and started her own business, Heavenly Order, helping others sort out their lives.

Sarah is also president of the Australasian Association of Professional Organisers.

‘I swung from being chronically disorganised to very organised. My husband and kids have benefited big time,’ she says.

‘I pick on a couple of areas and ask, what’s the purpose of the room? We can then go in and stick to this purpose so it’s no longer confronting. It’s very clear what you need to keep and throw.

‘Just ask if each item is right for the purpose. If not, take it out.’

Sarah says the most common, and most challenging, decluttering request she receives is for teenage girls.

‘You need to approach with caution, even though you’re tempted to swing them around by the pigtails,’ she says.

The key to success is to try and work out what’s going on in the teen’s life.

‘Understanding the cause of clutter is often enough to help you get started.’

Owner operator of Myremovalist Paul Sherwood studied teaching, but has been moving furniture for 25 years.

Aside from driving a truck and lots of heavy lifting, he packs up homes and even acts as an unofficial counsellor if the move is particularly stressful.

Despite long hours, Paul loves running his own business and meeting people. Luckily, he’s never had a back injury, despite lifting heavy items.

‘I was shown the basics of lifting on the job years ago, of using your legs to lift and not your back,’ says Paul.

He charges $100 an hour for truck hire and two men, but poor access can increase the price. Many removalists use Facebook and Twitter and that’s where 30 of Paul’s jobs come from.

‘For me, the best social media by far is still word of mouth, when someone says over dinner they know a good removalist,’ he says.

Use cardboard, old blankets, cloths and ropes to tie everything in. Even if you’re just moving round the corner, you still need to always safely secure possessions. They do shift in the truck and items will get damaged,’ says Paul.

‘It’s surprising how often people think things will stay where they are, but they won’t. They rub, especially wooden furniture and glass, and move around, even if it’s just a small distance.’